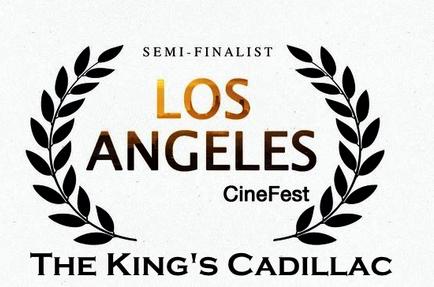 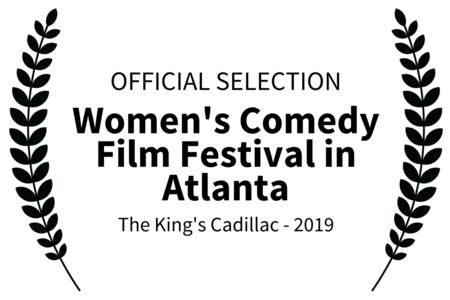 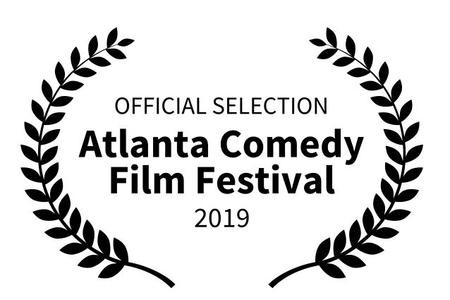 ​Two bumbling, lovable car thieves and chop shop owners, Bobcat Fergus and Skeeball Turnipseed, inadvertently steal Elvis’ Gold Cadillac from the Country Music Hall of Fame during the great Nashville flood. Before they return it, they and Bobcat’s Elvis-obsessed mama have several chaotic adventures in the Caddy, which they have disguised as a hearse. 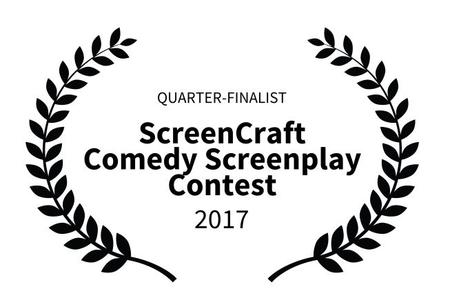 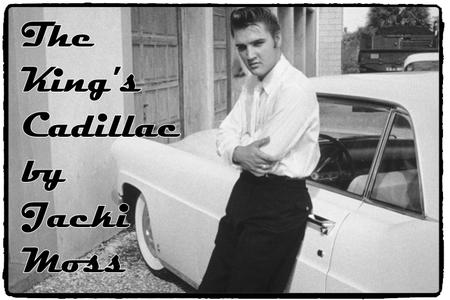 Wanda Fergus is calmly pouring out water from pots and pans filled with rain that has leaked through her kitchen ceiling. Her ripped, handsome, very kind 36-year old son, Bobcat, comes in to say goodbye as he heads out to work. Bobcat and his childhood friend, Skeeball Turnipseed, who has little man syndrome and is the muscle of the pair, own a chop shop in a ramshackle tobacco barn beside the old, clapboard house. Their business, TCB Services (for Elvis’ Taking Care of Business mantra) is stealing cars, “restoring” them, and reselling them. Even though they only finished 9th grade (“You mean our senior year.”), they are automotive geniuses and each has their own type of unexpected brilliance, flaws, and sophistication.

Bobcat wants to go to Nashville to take advantage of “strays” that are available due to the flood. Skeeball refuses to go out into the pouring rain and flood, because he swims “like a bucket,” so Bobcat bribes him with the promise of “them ham and cheese fried pies from the Farmer’s Market.” Skeeball, an unlikely foodie and wine connoisseur, corrects him: “Empanadas. They are prosciutto and Gruyère em-pa-na-das.”

As they cruise around flooded downtown looking for abandoned vehicles in their state-of-the-art wrecker rollback, the Frankenwrecker, they stole and tricked out, they notice that even though the Country Music Hall of Fame (CMHOF) is closed, the back service entrance doors are open. Bobcat tries to convince Skeeball, who spooks easily, to sneak in with him, but he is reluctant: “I don't do museums. Dead folk and all their old shit. They gimme da willies.”

Bobcat goes in anyway and Skeeball warily follows. They are tiptoeing around when a well-dressed CMHOF man comes up behind them, thanks them for “coming so soon,” and walks them to Elvis’ Gold Cadillac Limo. They are stunned when he hands them the keys and tells them that he will call them when it is safe to return the Caddy. They play along and inadvertently steal Elvis’ Gold Caddy.

They put the Caddy on their rollback and take it back to the chop shop for safe keeping and for Bobcat to show off to his mama. Bobcat was conceived just after Wanda went to an Elvis concert, which Wanda remembers well: “’Member I met you back stage 'cuz I won a pass from the radio station?...  And I got you to autograph my girls? Lookie here. [pulls down blouse to show top part of her boobs] Sorry these ain't as bouncy as they was in ‘74. I was a perky 36D then. I'm more like a 42 long now.”

Bobcat’s father, Rory, looked like Elvis and that’s why Wanda married him. Bobcat resembles Elvis, and Wanda lives and breathes Elvis. The boys show Wanda the Caddy and she immediately knows what it is and is enthralled: “A 1960, series 75 Fleetwood convertible limousine... 225 inches of pure luxury. No doubt registration number 2X-139… Diamond dust and oriental fish scale paint... Forty coats. I can see myself in it... Custom porthole windows...”

Wanda immediately wants to ride in it. Bobcat tells her it’s just for “looksies,” not for riding, but she strongly objects: “Don’t you look at me in that tone of voice, boy! I’ll jerk a knot in your tail! I SAID I wanna ride in The Kang’s Gold Caddy!” Bobcat and Skeeball have no choice but to figure out how to make Mama happy yet not harm the Caddy, and not get caught by the authorities. They decide to disguise it as a hearse using Styrofoam to transform the rear end, “like a skirt on a weenie dog,” and paint it black with washable tempera paint.

Wanda at first is horrified that it is disguised as a hearse: “Oh, Lawd. It’s a damn meat wagon. A Cadillac meat wagon.” They convince her that it’s just a costume and that Elvis’ spirit is still in it. Wanda rides in the back of the Caddy, which now looks like a hearse. She luxuriates and wallows in the back seat space soaking up her connection with Elvis’ spirit, talking with him, and even looking for “a hair or toenail clipping” so she can get his DNA to make her an Elvis of her very own. Skeeball chimes in: “I wouldn’t mind having an Elvis toenail. You know. Just as a keepsake.... I wonder if she’d share.”

Wanda doesn’t want to let the Caddy go back until she has some adventures with Elvis’ spirit. They decide to take the Caddy to Graceland for a homecoming. Bobcat and Wanda get all slung up in Elvis-appropriate garb. Bobcat dyes his hair, which makes him look very much like Elvis. The more time goes on, he also unconsciously starts taking on more and more Elvis mannerisms and looks. Graceland turns them away, because a hearse at Graceland would “draw the conspiracy theorists here like hippies to tie dye.” They decide to stay overnight in Memphis at the Love Me Tender Motel, where Wanda sleeps in the Caddy to prevent vandals from harming it. When vandals try to get in, Skeeball, who loves a fight, puts in his football mouth guard he carries with him for just such occasions, and fends off the intruders.

Skeeball, who doesn’t own a car but is an excellent rollback driver, drives back home while Bobcat naps and Wanda is in the back talking to Elvis. On the way out of Memphis, he unknowingly cuts into the middle of a long funeral procession, causing half the cars to follow him back to Nashville in a wild and raucous ride. When he is pulled over on the interstate by a cop for speeding and reckless driving, the funeral procession pulls over, too. The cop gets a call for a robbery before he can approach the hearse, so they and the funeral procession continue to Nashville. When they stop for tacos, so does the procession. Confused, the funeral cars finally drop out after a while.

The next day, Wanda wants a big Elvis teddy bear and talks the boys into going in the hearse to the carnival to win one. Skeeball’s former stint as a carney gives him an edge in winning at the games and ends up with them being chased by angry carnies, who he quickly fends off. They escape in the hearse in a frenzy, slinging mud everywhere.

The next day, as the pressure to return the Caddy mounts, they try to figure out how to unload it on someone who will not rat them out and not harm it. Bobcat remembers his time at Brushy Mountain prison and vows to never go back: “It was literally a snake pit. Surrounded by rattlers and copperheads and moccasins so if you ‘scaped, you’d get bit to death before you could get to the blacktop.” Skeeball lightens the mood, telling him that at least he learned a trade while there: popsicle stick art. His creations are all over the house.

Skeeball remembers them helping a rich Japanese man, Kotone, who is obsessed with Elvis. They decide to show up at his mansion to try to make a deal to give the Caddy to him. Wanda warns them about Japanese business etiquette, explaining that they must do certain things correctly lest they insult him and he “smacks you right in the mouth with his little bitty foot.”

They put on their only nice clothes and show up at Kotone’s mansion gates that night. They speak through the intercom to Kotone, who is alarmed that his secret trips to Las Vegas to impersonate Elvis will be found out by his wife, who is listening and does not approve of his “undying and shameful love of the King.” Kotone trots down to the gates to try to shut them up, and becomes interested in the deal. Kotone cannot take the Caddy, but wants to have an Elvis Experience in the Caddy and offers $25,000 for it. They decide to meet at a Japanese restaurant the next day to make the deal.

At the restaurant, Skeeball has perfect etiquette but Bobcat, who does not drink and never ate at a Japanese restaurant, is a mess and ends up eating a piece of paper thinking it’s a cookie – “That was either the worst cookie, or the best paper I ever ate” – and getting totally plastered on the sake and passes out. They agree to pick Kotone up the next evening for his Elvis Experience, but they are too drunk to drive home. They stay in a nearby motel. Skeeball, drunk, enlists the help of two landscapers to get Bobcat into the motel room: “Schuse me. Could you two gentlemen help me get my shit-faced friend into the room?”  Skeeball takes care of Bobcat, telling him, “Get some sleep, bro. You’re gonna feel like death eatin’ a cracker tomorrow.” The next morning, Bobcat has a horrible hangover, but they take Kotone to the Caddy for his experience.

After Kotone finishes his experience the next day, they decide to try to give the Caddy back to the CMHOF man, since he would also be implicated in the loss of the Caddy and might not rat them out if it’s safely returned. “Sort of a quid pro quo arrangement.”

Skeeball disguises his voice using his mouth guard and calls the man from a remote location. After several garbled misunderstandings, they agree on a time and place to meet to give the Caddy back.

Bobcat, Wanda, and Skeeball are all in green camo, including face paint, to meet the CMHOF Man on a back country road at sunset. CMHOF Man arrives, and reaches for his cell phone to take photos and video of the transaction, but the boys think he’s reaching for a gun. They don’t own weapons, so they are caught flatfooted. When he pulls out the cell phone, they all quickly pull theirs out (including Wanda who is hiding in the nearby bushes in full camo drag, face paint, and foliage) and aim it at each other like a circular firing squad while they take photos and video.  Their camo makeup runs due to their sweat, making them look inane. They calm down, holster their cell phones, and take the CMHOF Man to the Caddy, which looks normal except it’s black. He goes into a rage thinking they have ruined the Caddy: “Oh, Lawd! You PAINTED IT! You PAINTED Elvis’ GOLD Cadillac! You morons! You imbeciles! You hillbillies!” Skeeball reaches for his mouth guard, but Bobcat prevents him from jumping the CMHOF Man.

Back at home, Wanda, Bobcat, and Skee (still in their camo get-up) are talking about their adventure when the TV says it’s time for the lottery numbers. They all play the lottery, but no one but Skeeball has won anything of note: “I won $20 once. Spent it on a bold, red wine - a Domaine de Fondreche, Nature, 2014, from Vaucluse, France.”

Wanda always plays Elvis’ birthday and death date numbers. Wanda wins the $420 million lottery using Elvis’ numbers. When she faints, Elvis appears to her in a dream and tells her she doesn’t have to worry about a thing from now on. She sees him in concert like she did when she was young. He wipes his sweat with a scarf and throws it to a present-time Wanda in the audience.  When the boys lift her onto the sofa, they see the scarf underneath her.